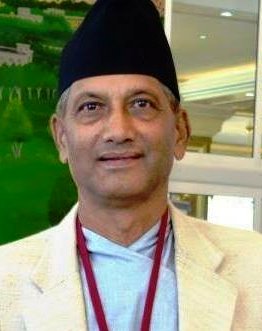 Mr. Bhim Prasad Sharma, founder of Kalaawati Art Council, is a creator of impact motivated painting arts and crafts. His works include different dimensions of nature, human life and the relationship with social and physical environment. The reflections of his paintings are basically on what he sees, feels, experiences and thinks. He has created hundreds of arts on different dimensions of social issues such as awareness, liberty, equity, justice, human rights, child rights, and social injustice. In his paintings malfunction and favoritism in social, political, religious and economic dimensions are clearly demonstrated.

His paintings of current phases are more nature centric. His paintings connect the   beautiful birds and other different features with the human life. He searches bird’s virtues in human life such as team work, leadership, freedom, equality, peace, love and mutual relation.

Mr. Bhim had never got a single opportunity to learn a theory on painting in any formal class. His intuition, desire, and commitment made the success to have several solo exhibitions in Nepal, Canada and Germany.

Mr. Bhim was born to Bhadra Shila & Jukti Ballav in 1955  at Sarkuwa(Baglung District), a remote village in western Nepal . Married at the age of 13 now he is a loving parent of 6 childrens & 5 grandchildrens. He started his career as school teacher  and dedicated his  10 years educating children in Baglung(remote hilly district) & Mustang(most remote mountain district) Nepal.

His important part of lifetime was dedicated to the social service. But his intuition was different. He was always fond of creation, art and imagination. He was inspired in the sector by his college teacher, Mr. Durga Baral, a great artist of Nepal. Later Mr. Govinda Raj ‘Binodi’, like a closest accompanying person, one of the famous poets and an artist, kept on inspiring in his creation, paintings and other artworks as an educator.

Mr. Bhim has already successfully exhibited his paintings through  seven solo exhibitions at national and international level. After his meaningful participation in different group art exhibitions and workshops in local and national level, the DED (the German Development Service) offered him to exhibit his art works during its 35thsuccessful working anniversary at Nepal in 2003. Mr. Bhim thought that it could be an opportunity for him to exhibit his works in such a bigger social forum, where he can expect nice feedbacks from the academic visitors representing from the overseas.

“I was looking only the impressions and responses of the visitors on his works during the exhibition period and I was exciting.” Mr. Sharma said about his first art show organized by DED in Neer Bhawan, Sanepa, Lalitpur. 28 paintings were displayed there and most of them were on the customary discriminating practices and the social issues of Nepal.

In 1999/2000, Mr. Bhim Prasad Sharma has graduated the Diploma Course in Community Based Development from the Coady International Institute, under StFXUniversity in AntogonishNova Scotia, Canada. During his course period, he has taken part in one of important group art exhibition events. During the event, he was very much encouraged by Mr. Bruce Campbell, the Director of the University gallery and also received an invitation for another solo art exhibition to be happening in the September of 2004.

By September of 2004 Mr. Bhim’s second  solo art exhibition “Namaste from Nepal” was organized at  StFx University Art Gallery, Canada .Total 37 paintings were exhibited  there and most of them were connected with the root issues of communities and Maoists war in Nepal. Most of the visitors commented on this show as a ‘powerful visual presentation’ and most of the journalists commented him as “An Artist with social massages”. 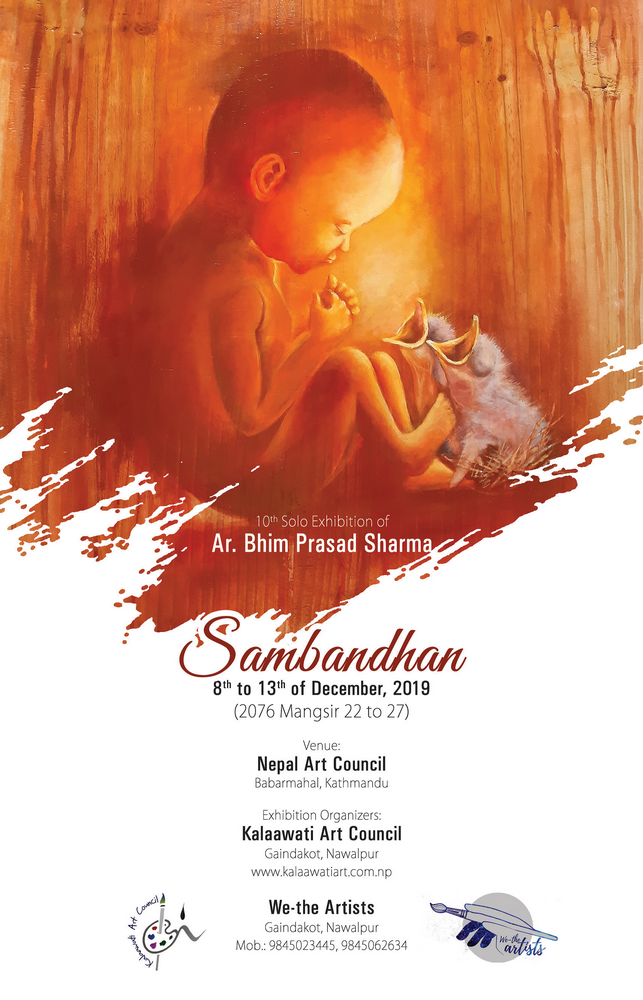 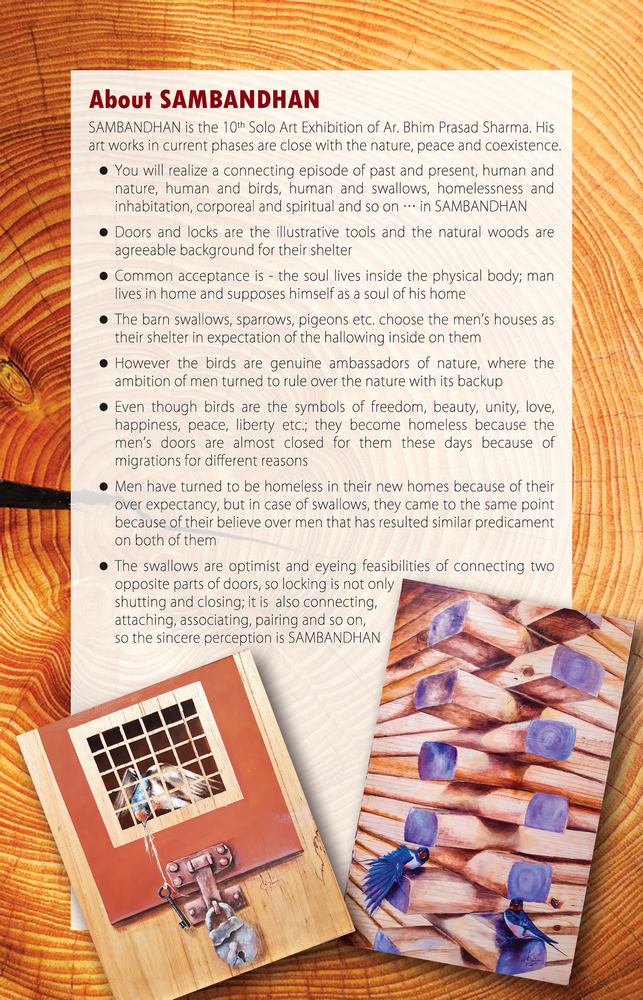 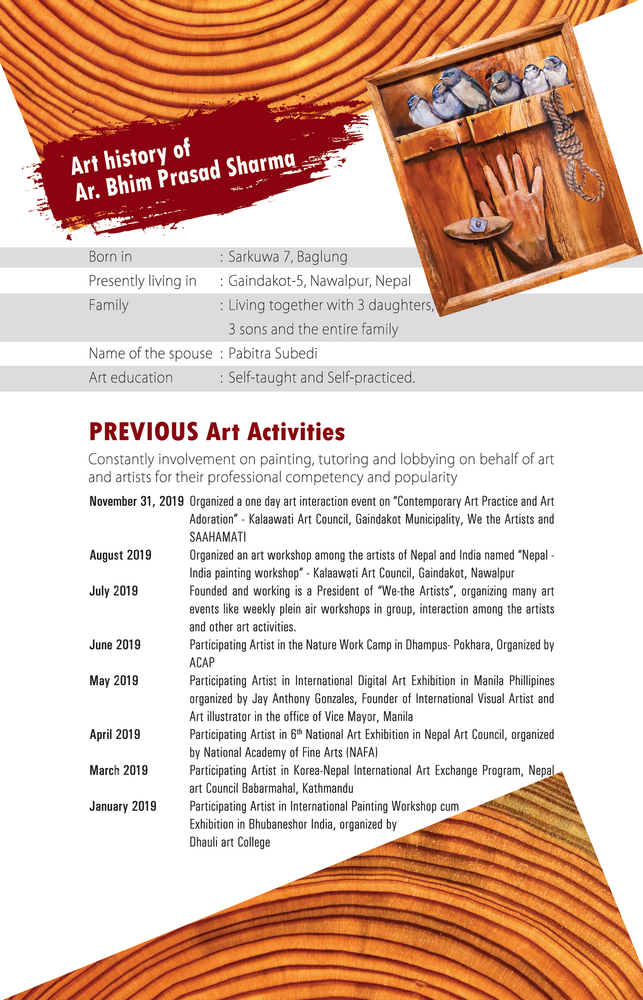 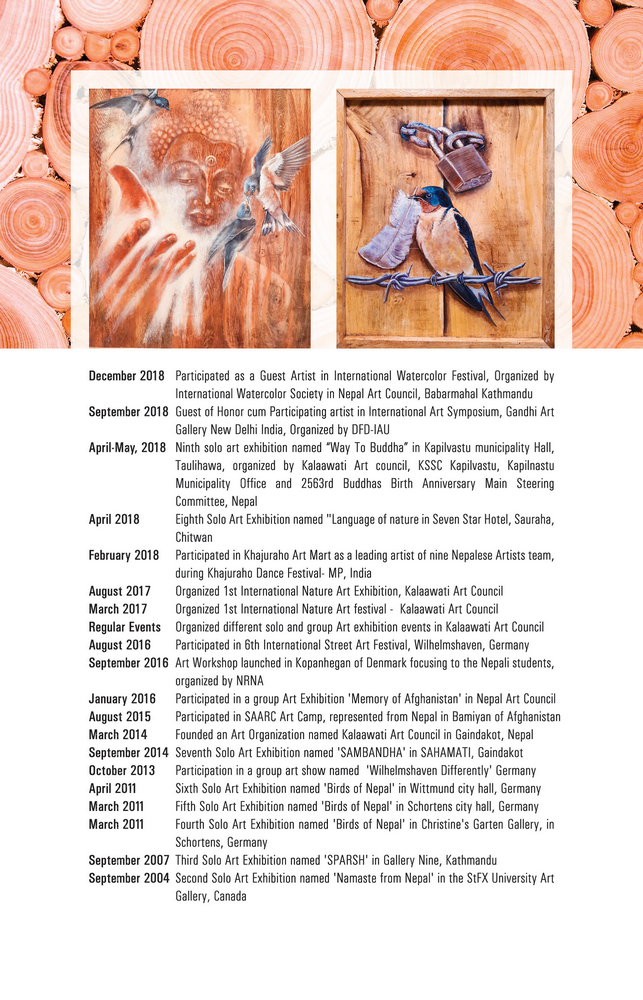 The list of Bhim’s solo and group art exhibitions:

Though Mr.Bhim was self tatught and hobby painter in the earlier days but his institution, dedication  and   some of the national/international exposures and his involvement & participation in arts  events & workshops is now turning his as among  a few leading nature centric artist   in Nepal.

In recognition and appreciation of his dedication in the field some national & international organization have already honoured &  awarded him and his contribution to the modern Nepali art.

List of awards and honours in recognition of Bhim’s contributions.

Summarizing the biography here we include some of his art publication on different  social & development issues: 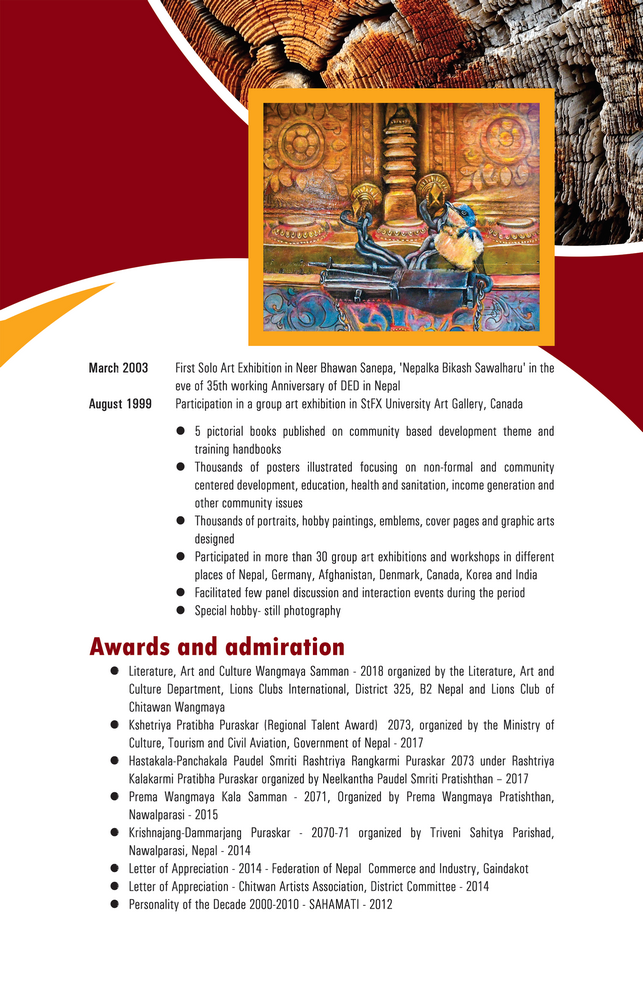 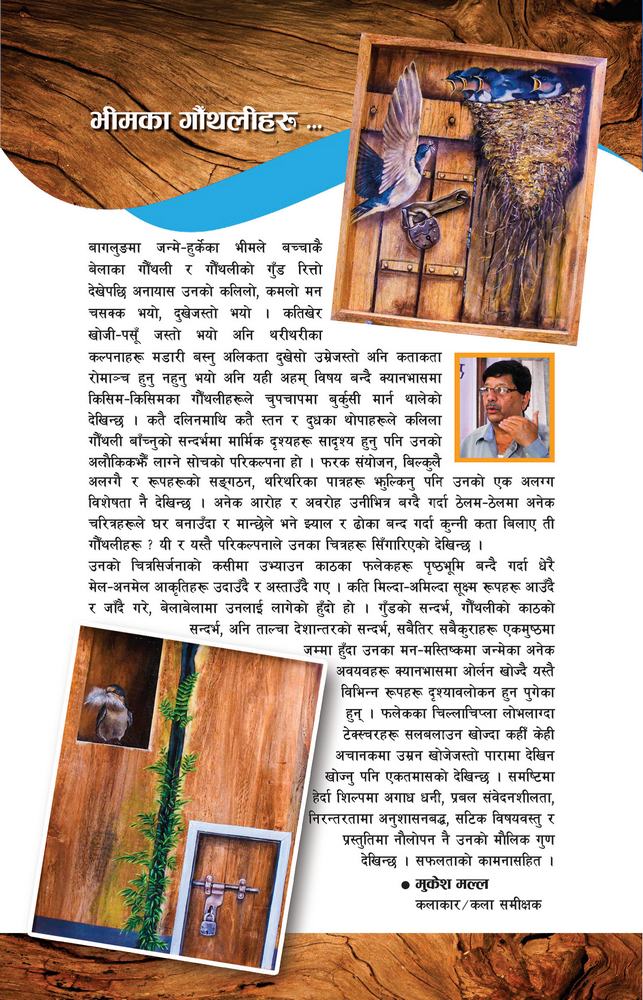 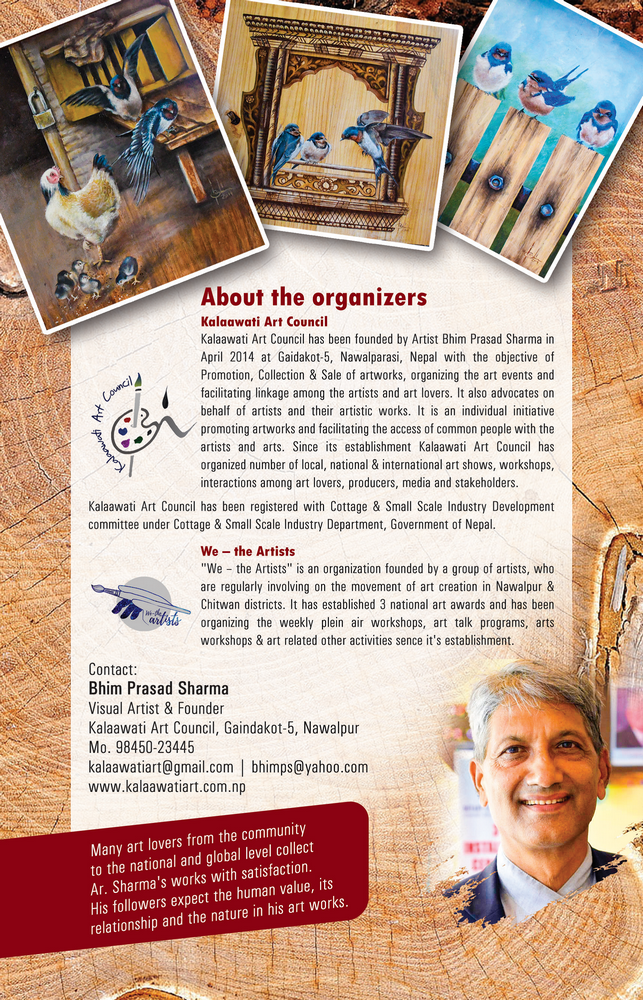